Direct from China, the Shaolin Warriors return to the Australian stage showcasing the remarkable skill, stunning movement, and spectacular imagery of kung fu in a dynamic new production touring nationally throughout Australia from September 2011.
Featuring rarely seen Buddhist meditation alongside deadly martial-arts prowess, this breathtaking extravaganza starring 22 kung fu masters follows the journey from a young child’s initiation into the monastery, to achieving fully fledged warrior status through diligent training and study. In addition to the incredible kung fu feats, the show also reflects the profoundness of Chinese Buddhism, the “Unity of Zen and Martial Arts”.
The original kung fu spectacular, Shaolin Warriors has had audiences around the world gasping in disbelief at the awe inspiring demonstrations of hypnotic and death-defying feats. From the unmatched ensemble synchronization to the proficiency in the disciplined use of 18 traditional weapons, audiences will be amazed beyond the boundaries of their own belief.
Supported by stunning scenery, atmospheric music, spectacular lighting and costumes, this Shaolin Warriors spectacular is a must see for family audiences and martial arts experts alike.

“… the whole show leaves you amazed and breathless.”  Nottingham Post

“…left the spellbound audience on their feet clapping and shouting for more.”  Combat Magazine, UK 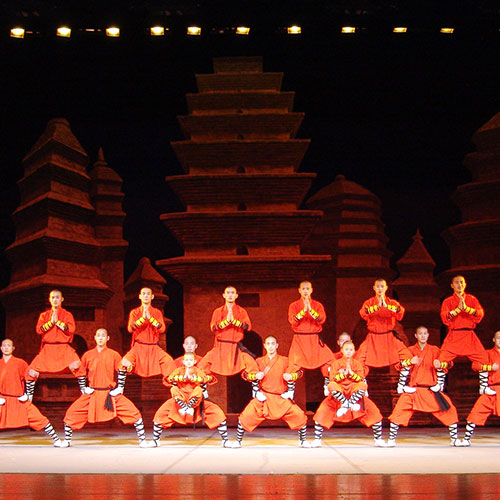 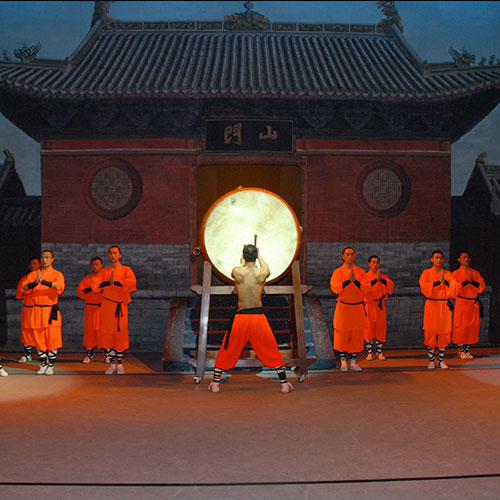 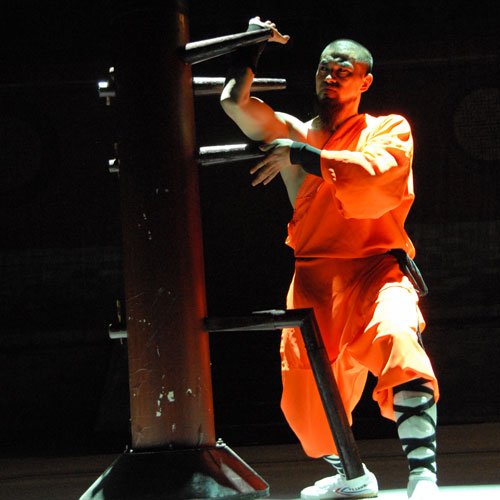 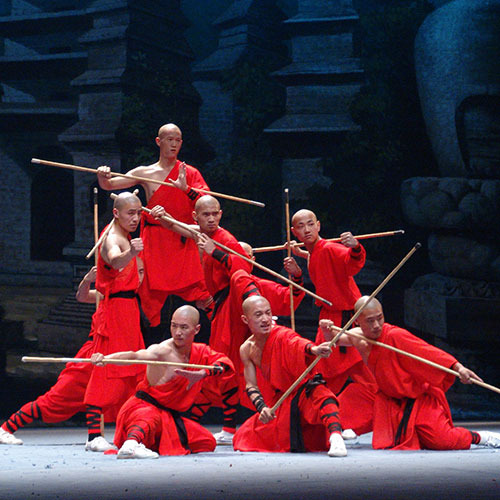