Over 1,200 performers made their way to Melbourne in February 2016 for a breathtaking performance that defines spectacular. With its unique blend of military ceremony, music and entertainment, The Royal Edinburgh Military Tattoo is one of the most famous events in the world, playing to around 220,000 people each year in Edinburgh and attracting an annual television audience of 100 million.

At the heart of The Royal Edinburgh Military Tattoo is the stirring sight and sound of the magnificent Massed Pipes and Drums of Scotland’s famous regiments. You can’t stage The Royal Edinburgh Military Tattoo without Edinburgh Castle as the dramatic backdrop – even if you are on the other side of the world — and Melbourne audiences experienced an extraordinary, life-size replica of the Castle façade with performers entering the stadium by crossing the drawbridge just as they do in Edinburgh.

The grand finale drew together the entire cast of more than 1,200 for that international song of love and friendship, Auld Lang Syne. The Lone Piper, standing high on the castle ramparts, brings the event to a poignant conclusion, leaving memories that will be treasured forever.

Etihad Stadium in Melbourne was the perfect venue – a closed roof means the show is comfortable rain, hail or shine, day and night. 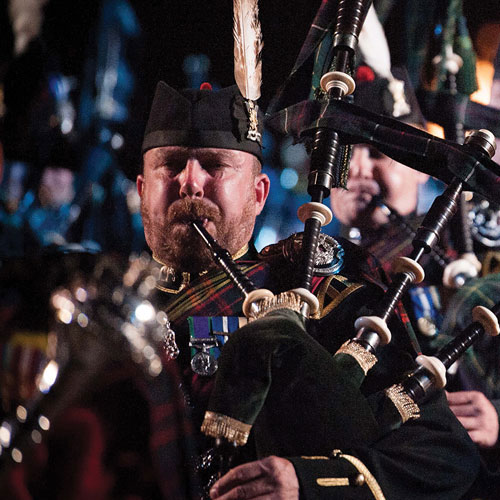 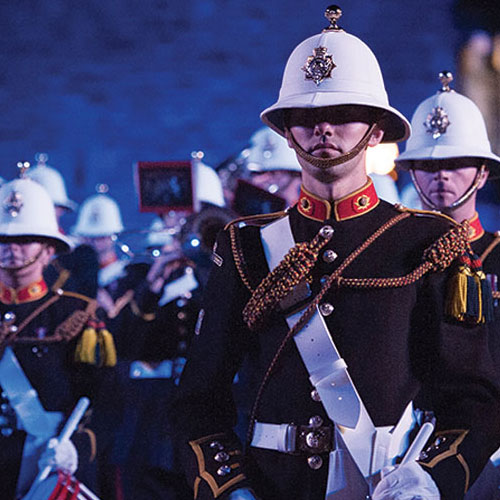 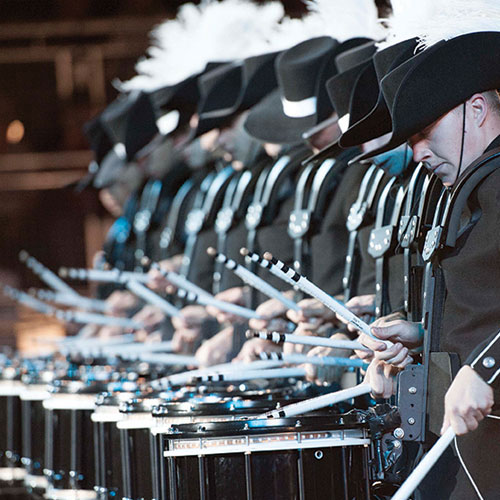