Following a critically acclaimed sell out season at London’s Sadlers Wells Theatre, the Paco Peña Flamenco Dance Company returns to the Australian stage with their new production Flamenco sin Fronteras. Exploring exciting musical territory, Peña’s new production reveals amazing musical links between Latin, Africa and Spain. Featuring three Flamenco dancers and eight virtuoso musicians and singers, Peña has taken a searching look at how the music and dance styles that emerged through the migration of Spanish performers to Latin America in the early 1900s have had a significant impact on flamenco today.

“Dance and music-making this good are rare….his London fans have been cheering the great Andalucian guitarist Paco Peña for decades. At its world premiere, his latest work, Flamenco sin Fronteras, bore all the hallmarks of his previous hits. Peña has an alchemist’s gift when it comes to mixing the strands of dance, song and soul that throb through flamenco’s passionate emotions. Peña, now in his mid-sixties, has long been in the enviable position of surrounding himself with nothing but the best. That’s exactly what he’s done for Flamenco sin Fronteras.

Every one of the dancers, singers and musicians is a standout.” The Times, London 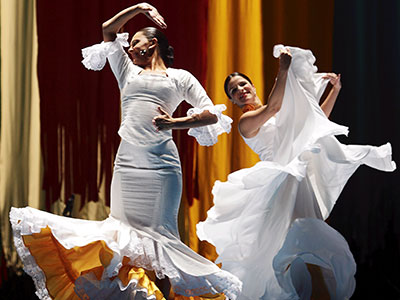 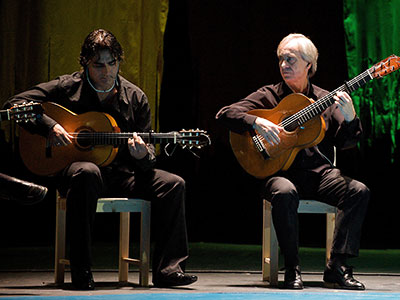 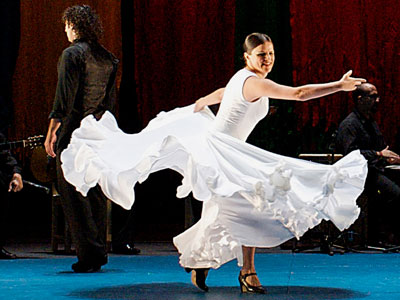