Featuring Kennedy’s “The Magician of Lublin”

Virtuoso violinist and living legend, Nigel Kennedy, returns to Australia this January to perform works of his much loved Johann Sebastian Bach and George Gershwin, including the immortal “Summertime” “Porgy and Bess’ and “Rhapsody in Blue” as well as Kennedy’s own composition “The Magician of Lublin.”

Nigel Kennedy in Recital will demonstrate his tour de force, establishing a dialogue between Bach (Kennedy has often performed his pieces for violin) and Gershwin, a contemporary jazz classic. Kennedy will perform his own composition “The Magician of Lublin” which is inspired by the book of the same title by Isaac B Singer, who so skilfully evoked life in the shtetls of old Poland.

Having brought a fresh perspective to classical music by his merging of the traditional with the contemporary, Kennedy is now bringing his trademark effervescent live performance back to Australia. Kennedy will be joined on stage by his hand-picked band including much-acclaimed American guitarist Howard Alden.

"Kennedy adds his trademark flair to Bach and Gershwin"

From the second that British violin virtuoso and former enfant terrible Nigel Kennedy stepped on the stage, his megawatt charisma was cranked to maximum.
Cracking jokes, indulging in cheeky banter with the front row and, a trademark of his live performances, fist-bumping the members of his band (cellist Peter Adams, double bassist Piotr Kulakowski and guitarists Howard Alden and Rolf Bussalb), this was Nigel Kennedy at his Nigel Kennedy-est.
Unsurprisingly, one of classical music’s most idiosyncratic personalities opted for an equally idiosyncratic way to share his talents.
With all but one of the performers sporting the football jerseys of Kennedy’s beloved Aston Villa, the ensemble was flanked by a pair of couches. Their purpose was unclear; perhaps it was to give the impression these world-class musicians were casually jamming in Kennedy’s living room.
The program of this tour could be viewed as a snapshot of Kennedy’s musical identity, beginning with revered repertoire from the Baroque, passing through a mercurial mash-up of styles and eventually landing in the realm of American jazz.
Kicking off with Bach’s solo violin sonata No.1 in G minor, Kennedy channelled passion over perfection, by turns caressing and then wrestling with the music’s spooling melodies and knotty double stops.
The blazing, unapologetic music-making continued in his own composition, The Magician of Lublin, dedicated to the decimated Jewish communities of post-World War II Poland.
With Kennedy flitting between violin and piano, the densely textured work was crammed with tight riffs and lyrical cadenzas, the chutzpah of Klezmer spliced with rhythm and blues.
Each ensemble member had a chance to shine, though issues with balance obscured much of Alden and Bussalb’s contributions.
Played with such thrilling intensity, it’s a wonder Kennedy’s violin didn’t spontaneously combust.
The second half of the evening belonged to the songbook of George Gershwin, albeit refracted through the prism of Kennedy’s musical vision.
There were flashes of Lady Be Good, The Man I Love and more, percolated through rich layers of improv, often played with such thrilling intensity, it’s a wonder Kennedy’s violin didn’t spontaneously combust.
Be warned, Gershwin purists - you’ll likely baulk. But for Kennedy-philes, this was nothing short of a rhapsody (in blue).

"Be taken on a journey through music with Nigel Kennedy"

Blending the modern with the classical, virtuoso violinist Nigel Kennedy is currently touring Australia with Nigel Kennedy in Recital. World renowned as one of the greatest violinists of our time, Nigel Kennedy offers plenty of entertainment value beyond his musical expertise.
During the concert Nigel performed a selection of works by Bach and Gershwin as well as his own compositions. The choice of music was superb and left the concert accessible to even those who have no understanding of the classical music world. Nigel plays violin like no other, conveying a strong love for the instrument in its various forms; be it electric or acoustic, or even the occasional piano. At several times through the production I found myself smiling in glee at the sheer magic of what I was observing, as he expertly maneuvered the delicate instruments at his disposal.
Nigel Kennedy was accompanied by Howard Alden and Rolf Bussalb on guitar, Peter Adams on cello and Piotr Kulakowski on bass. It was wonderful to see Nigel Kennedy convey respect for his fellow performers and gave each at least one opportunity for a ‘solo’ where their own musical talents were made clear. Heart-warmingly, Nigel would regularly fist pump his fellow musicians, in a demonstration of pride for the beauty they had communally created.
Undoubtedly, the concert offered more than just violin playing and true to form Nigel Kennedy displayed himself as a highly entertaining crowd pleaser. One hilarious and memorable incident saw him lay down on a couch on stage and listen to one of his fellow musicians solos. His boyish charm was further conveyed during his regular communications with audience members, at one stage throwing sheet music for the audience to catch.
The venue was certainly well chosen and few other locations would offer the acoustics of The Sydney Opera House Concert Hall. For the musically inclined and lay person alike, Nigel Kennedy in Recital offers a musical journey different from any other that has to be experienced to be believed. But be warned, if you haven’t already, you just might fall in love with Nigel Kennedy and all his boyish charm.

Nigel Kennedy’s own composition
The Magician of Lublin & more 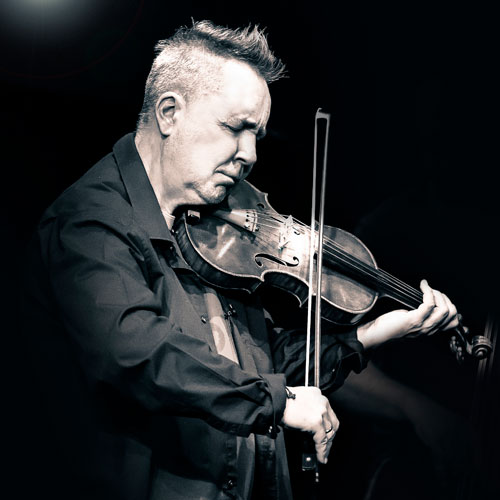 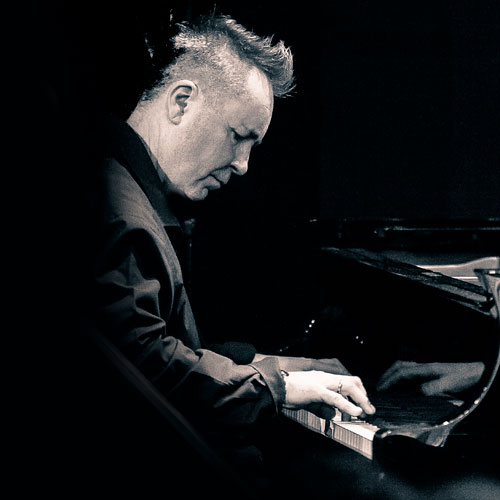